At the upcoming 2017 IBC Show, the FOR-A booth (Hall 2, Stand A51) will focus on the company’s commitment to overall product integration, and as part of its full HD and 4K initiative, continuing with the construction of a comprehensive IP and 12G-SDI infrastructure. The company will showcase its vast product range of video and audio solutions, including vision mixers, multi viewers, virtual studios, video/audio processors, file-based solutions and high-speed cameras.

FOR-A will highlight its range of video switchers at the show, which offer the ability to integrate with ClassX’s 2D/3D character generation and live motion graphics and playout software. The latest unit in FOR-A’s line of vision mixers, the HVS-490 HD/4K-UHD unit, will make its IBC debut. First introduced earlier this year at NAB, the HVS-490 offers an extensive feature set in a compact, affordable unit. Ideal for mobile productions and live event venues, the HVS-490 supports up to 40 inputs/18 outputs, 36 inputs/20 outputs or 32 inputs/22 outputs, including two-channel HDMI outputs. Other switchers that will be shown in FOR-A’s booth include the HVS-2000 and an updated version of the HVS-100, the HVS-100TB2, both of which will be showcased with integrated Thunderbolt technology that allows the units to easily interface with external devices. The switchers’ Thunderbolt 2 I/O expansion cards enable single-cable transfer of four channels of HD video to a computer. With its easy-to-use control panel, the HVS-2000 switcher now offers 3 M/E capabilities, a 4K 3D DVE expansion card, and a 2SI software option, which enables switching with less delay than SQD systems.

Offering the capabilities of a 7 M/E system, the HVS-2000 is ideal for a wide array of production environments and is well suited for 4K productions. FOR-A will also introduce a prototype of a new 3 M/E 12G-SDI compatible vision mixer at IBC, the HVS-6000. Further product details will be released at a later date.

FT-ONE-LS-12G is the latest high-speed full 4K camera in its FT-ONE series. Designed specifically for fast-paced sporting events, the FT-ONE-LS-12G offers high-quality image performance, even in low light conditions that are often found in sports stadium venues and can prove troublesome for most high-frame-rate cameras. The FT-ONE-LS-12G supports full 4K shooting in maximum 500 frames per second (fps) or up to 1,200 fps high frame rate shooting in full HD resolution. Ready for workflows of all kinds, the camera is equipped with a newly developed original sensor that enables noise reducing. 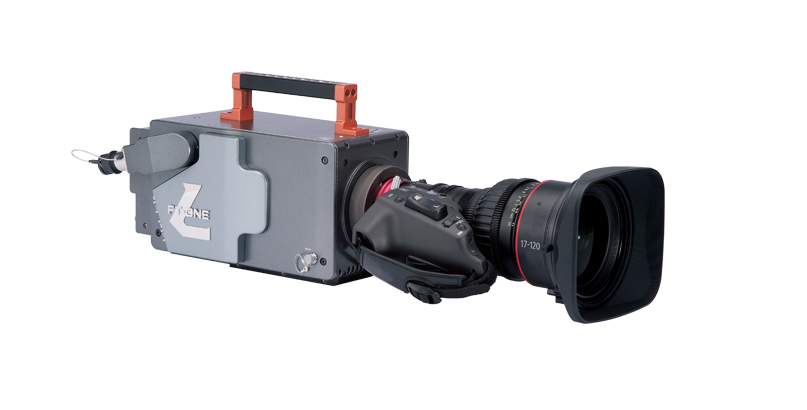 FOR-A will showcase MFR series of solutions, including the 12G-SDI compatible MFR-4000 and MFR-3000 3G/HD/SD/ASI unit. The MFR-4000 provides 12G-SDI compatibility across all 72 inputs and 72 outputs, bringing powerful support to 4K-UHD and 8K routing. The MFR-3000 offers up to 64 inputs/64 outputs in a 4U frame, and is an ideal solution in midsize systems where variable input/output capabilities and mixed signal formats are used.

Back to the section
1
X